Home Kabaddi Empowering girls in a fishing hamlet through Kabbadi 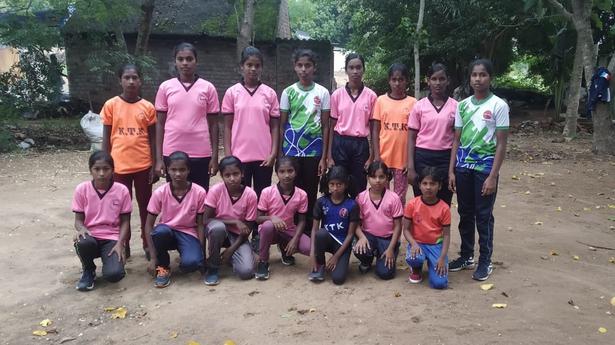 For the past three years, a school physical training (PT) master has been trying to secure a good future for girls from fishing hamlets in Mamallapuram with the help of Kabbadi. Though he provides free coaching for them, he is forced to seek donations from others to provide jerseys and shoes for the team members. Now the district police have come forward to help his team.

G. Satish Kumar, the 32-year-old PT master at Swami Dayananda Matriculation School has been conducting free kabbadi coaching for the girls in Koovathur fishing hamlet. “Most of the families here are poor and some of them get their girl children married at an early age due to poverty. I wanted to stop this. Hence I went and spoke to the parents and convinced them that the sport can fetch their children collegiate education and a good job. Many of them agreed and started sending their children for coaching despite their hardship,” he explained.

He formed a sports club and is now coaching 15 girls who are studying in class eighth. “It takes three years to develop a good team. They have won district and divisional tournaments and took part in state-level school kabaddi tournaments. But the team does not have proper jerseys or shoes and I struggle to take them for tournaments in other districts. Most of the children are from poor families so even they are not able to fend for their travel expenses,” he said.

The team is supposed to participate in a tournament in Tiruvannamalai on Friday and Mr. Satish Kumar was wondering how to travel to the district with his team mates, when help arrived from the police. “I heard about the team and I requested a NGO called Directions Charitable Trust, to sponsor them. We will try to help them in whichever way possible. Involving the girls in sports and making them excel in it will help prevent child marriages too. We will organise other skill development programmes,” said E Sundaravathanan, ASP, Mamallapuram sub-division.

Arjunan Isaiarasu from Directions Charitable Trust said that his organisation was happy to help the team. “We will continue to support them,” he said.

M. Nathiya, mother ōf M. Narmada who is part of the Kabbadi team, said that she wanted her daughter to excel in sports and get a good job. “Seeing her, other residents in our hamlet are inspired and send their daughters for coaching. We will not get her married at a young age, we want her to pursue higher studies. All this is happening due to the efforts of this kabbadi coach,” she said.

BackBenchers - December 4, 2020 0
The Nebraska basketball team with play its Christmas Day game long after all of Santa's presents have been opened.The Huskers tip off against...