Home Chess Eisenberg: The Chess Game Is On 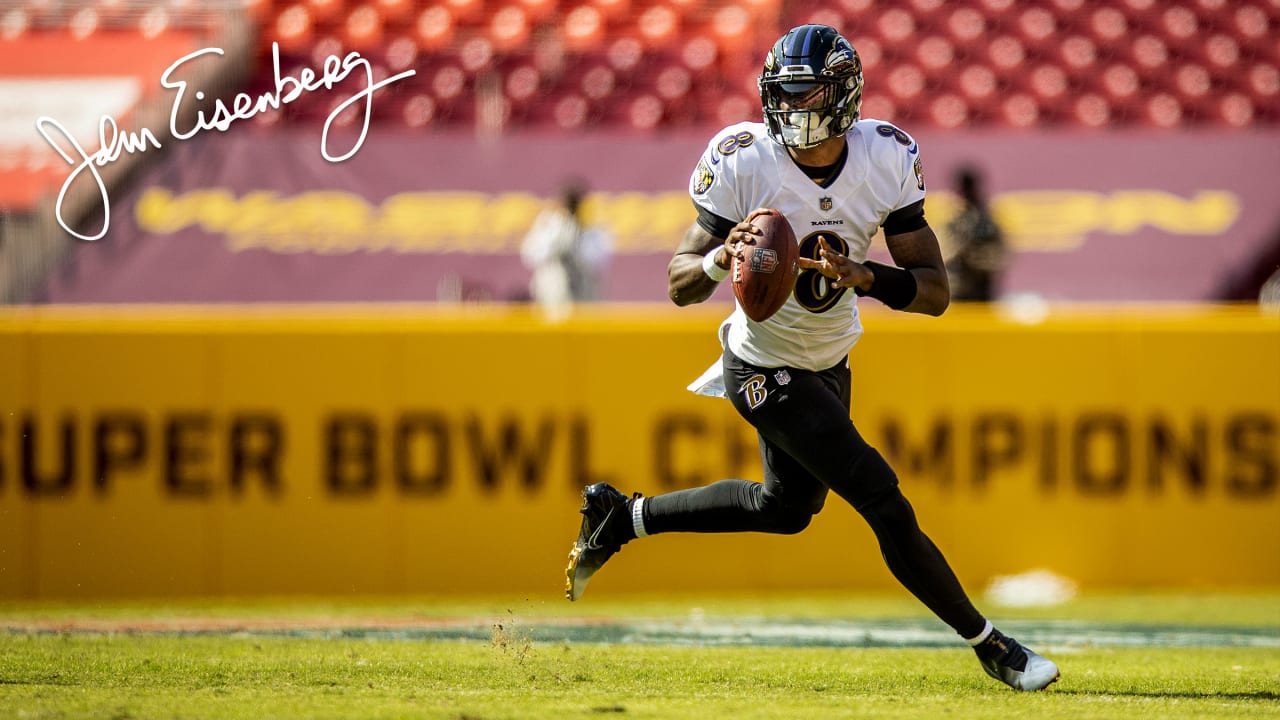 But there was little doubt things would be different in 2020 after those defensive coordinators had an entire offseason to study the Ravens’ methodology. And boy, are things ever different.

The sport that the Ravens and the Washington Football Team played Sunday sure looked like football, but actually, when the Ravens had the ball, it was a big game of chess.

After studying tape all week, the Ravens expected Washington’s defense to play a certain way. But Washington tried different approaches against Lamar Jackson and his offense – approaches that weren’t always on the tape.

Obviously, Washington’s game plan contained surprises. But it wasn’t surprising in the least that the Ravens’ opponent put aside its normal tendencies and tried something unexpected. Everyone is doing that against Baltimore in 2020.

After the Ravens won Sunday, Jackson and tight end Mark Andrews both referenced what is, unmistakably, a developing situation.

“Every team plays you different,” Andrews said. “With us, everyone kind of has a bull’s-eye on us, so teams are coming out and playing a bunch of different defenses, and it’s a unique task, just because you never know what they’re going to be playing in. Everyone thinks that they have the formula to stop us, so we see different things every week.”

Jackson added, “Defenses play us a lot differently. We watch film on them. We study teams. When we go out there, it’s a totally different ball game.”

Bottom line, the chess game definitely is ON when it comes to defenses taking on Baltimore’s unique offense.

The Ravens were the ones doing the surprising a year ago when they set the NFL aflame with their ground-oriented attack. Defensive coordinators had neither the time nor, in some cases, the manpower to adjust.

But there was little doubt things would be different in 2020 after those defensive coordinators had an entire offseason to study the Ravens’ methodology. And boy, are things ever different.

After the first quarter of the regular season, the Ravens’ offense is ranked No. 25 in the league in yards per game – quite a slip for a unit that finished No. 2 in that category last year and set the NFL’s all-time single-season record for team rushing yards.

Please note, the Ravens are also ranked No. 3 in rushing yards per game and No. 7 in points per game, and they have a 3-1 record, so plenty is still going right.

But I’m guessing Offensive Coordinator Greg Roman isn’t sleeping quite as well as he adjusts to his new reality of defenses adjusting to his offense, which means the onus is now on him to adjust. (Got all that?)

Roman so excelled at developing and installing the Ravens’ offense in 2019 that he won the NFL’s Assistant Coach of the Year award. But making in-game adjustments is a different creature, especially when every opponent seemingly has a different idea about how to slow down his offense.

But Roman isn’t operating alone. He can tap David Culley, the Ravens’ assistant head coach and pass-game coordinator, who brings a ton of experience. He also has Jackson, who might be young but possesses savvy and instincts the Ravens love.

My hunch is there’s a limit to what defenses can do to try slow the Ravens down, and at some point, it’ll all start to look somewhat similar. It sure seems as if they’re taking a similar approach with Jackson, laying back to a degree in containment rather than going hard after him and leaving themselves open to getting juked and left in the dust.

Jackson isn’t getting around the edges as easily as a year ago, but I’d be very careful with assuming he has been “figured out.” Remember, the chess game is ON. Just when it looked like Washington had him contained on the ground, he gashed them up the middle for a career-long 50-yard touchdown run.

The story will continue Sunday as the Cincinnati Bengals become the latest opponent to unfurl their concept for how to slow down Jackson and the offense. There’s no telling what we might see, but in the long run, Andrews said, he expects these weekly challenges to make the offense better.

“It’s only going to make us battle-hardened,” Andrews said. “To continue to play through that, and learn and grow as a unit, we’re going to be good.”