Home OTHER SPORTS Delighted to have the ball rolling again: Sharath 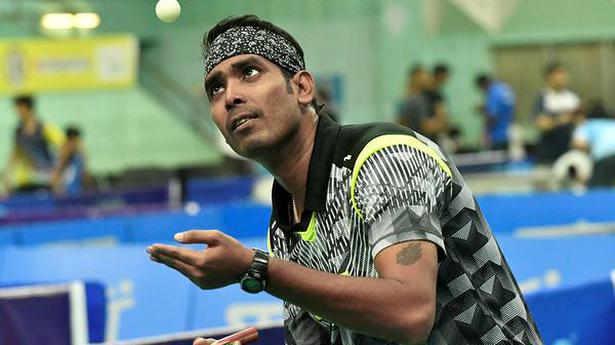 After a seven-month layoff forced by the COVID-19 pandemic, some of the country’s leading table tennis players arrived at Sonepat on Wednesday for a 42-day National camp aimed at the Olympic qualification next year.

Nine-time National champion Sharath Kamal, and Anusha Kutumbale, both part of the 11-player group, will reach on Thursday.

All the campers were required to clear a COVID-19 test three days prior to their travel to Sonepat. After six days of mandatory quarantine, the players will start training.

Sharath, instrumental in pushing for this camp since August in keeping with Table Tennis Federation of India (TTFI)’s plan and the requirements laid down by the Sports Authority of India (SAI), was “delighted to have the ball rolling again”.

“I am looking forward to getting back the focus and concentration which is not possible to experience when you are training at home. There will be some young, quality players in the camp, like Manav Thakkar and Sudhanshu Grover, and we all can gain from each other’s presence,” Sharath told The Hindu on Wedesday.

From those missing from the camp, G. Sathiyan is training in Germany and currently playing in France. On his return, Sathiyan is due to play in Japan.

Harmeet Desai is training in Poland while A. Amalraj is recovering from COVID-19.

Manika Batra and Madhurika Patkar have expressed satisfaction with their training routine in Pune and Thane, respectively.

In contrast to the initial apprehension expressed by several players, the news of Sharath’s presence at Sonepat has prompted many of them to enquire about joining the camp later.

The TTFI is not in favour of such staggered arrivals of the players that could raise the risk of COVID-19 for the campers. The camp ends on December 9.

TTFI secretary M.P. Singh said “the camp will help them come into good shape, kind of match-ready fitness, before the Olympic qualifiers next year.”