Home OTHER SPORTS DeChambeau wants to be fresh for Masters 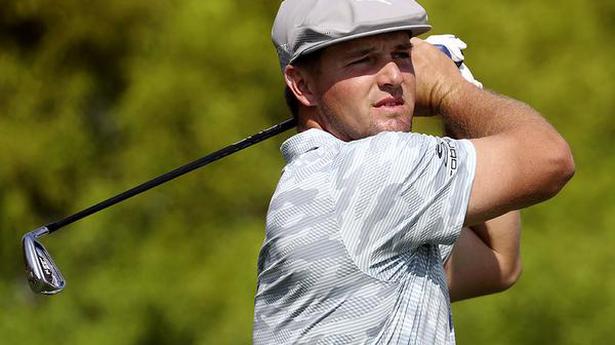 Decides to take a break before teeing off at Augusta on Nov. 12

Bryson DeChambeau has taken some unusual routes in his career, from his single-length clubs to bulking up in an effort to swing as hard as he can.

Add to the list his decision to take a month off without competition leading to the Masters.

The Shriners Hospitals for Children Open last week, where DeChambeau was tied for eighth, is his only tournament between winning the U.S. Open on Sept. 20 and playing the first round of the Masters on Nov. 12.

So much for trying to use tournaments to peak for the Majors.

DeChambeau figures he has gone down this road before. He mentioned the three months golf was shut down because of the COVID-19 pandemic.

When he returned at Colonial, he was bigger and stronger and his club speed was faster. He missed a playoff by one shot. He followed with a pair of top 10s. And then he won the Rocket Mortgage Classic.

“As I look back at quarantine… I felt like I came back really well not playing any golf, not doing anything,” DeChambeau said.

“I feel like my game is good enough right now to do that. I don’t feel like there is going to be a problem coming back. We’ll see how it works out for me. I have no idea, but I feel comfortable. And that’s all that matters for me right now. In his world, not doing anything is not playing tournaments. There is always work.”

DeChambeau left Winged Foot with the U.S. Open trophy and headed straight to Denver to start working out. Upon leaving Las Vegas, he plans to be in Dallas practicing every day, working out every day and doing a lot of speed training.

“Every other day I’ll do a speed training session trying to get my swing speed, at least with a 48-inch driver, up to 200 (mph) on average,” he said.

The 48-inch driver, used primarily in long driving competitions, is what he hopes to bring to Augusta National, where he expects to play all the long holes (except No. 10) differently than they’ve ever been played.

DeChambeau said he would take one scouting trip to Augusta National ahead of the first Masters ever held in November. He mentioned he would go with a good friend — presumably not Brooks Koepka — and have some fun and see what I can do.

“I’ve still got some equipment stuff coming in the next two months. That’s mainly why I’m taking it off,” he said, declining to elaborate.

“I feel like the advantages that I usually have could be much improved upon with the equipment, and we don’t have it yet. But we’re diligently working on it behind the scenes.”