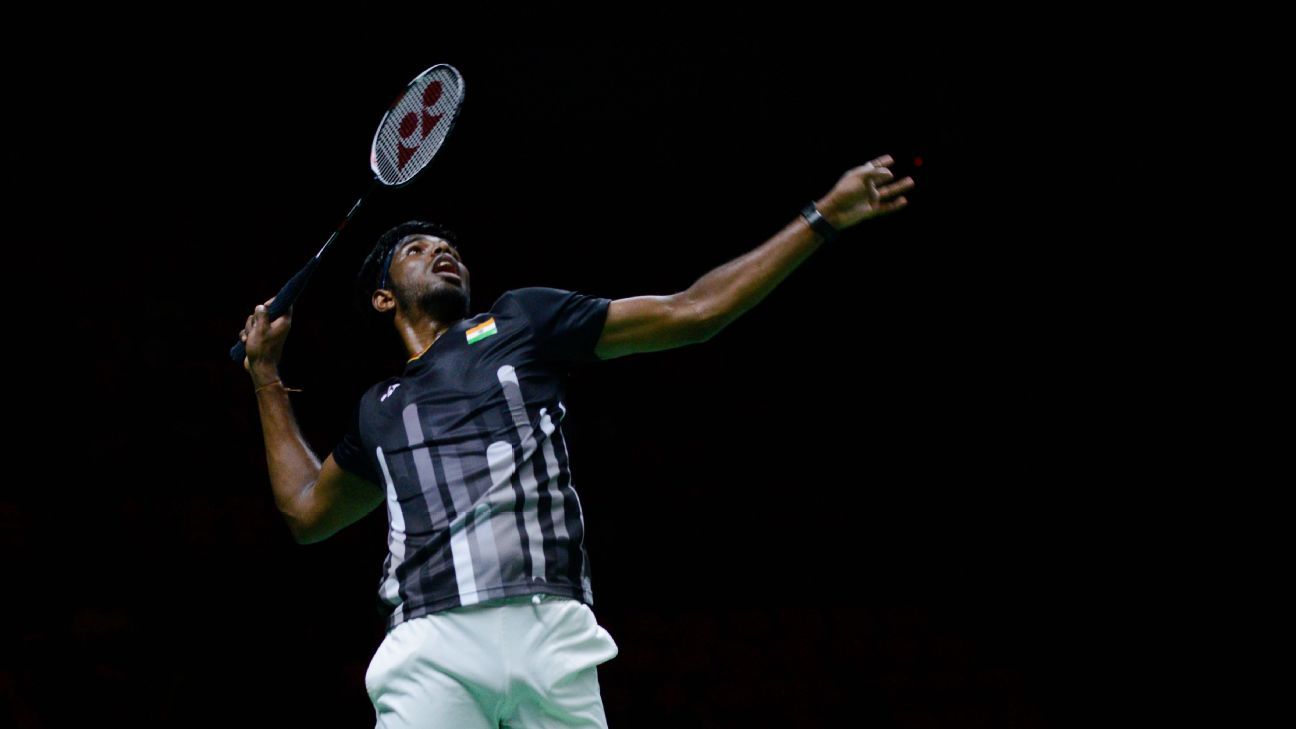 “Everyone will stay far away from me,” jokes Satwiksairaj Rankireddy. The 20-year-old doubles player is referring to his impending return to training at the Gopichand Academy next weekend after an asymptomatic bout of coronavirus. He is the only top-level Indian badminton player so far to have contracted and recovered from Covid-19.

Of course, the “everyone” is unlikely to include Chirag Shetty, the other half of the World No. 10 men’s doubles pair and Rankireddy’s go-to for net interceptions, while Rankireddy himself uses his height – almost six feet – to rain down smashes from the back of the court. “He calls and texts me every day. If he’s not on the phone with me, he’s speaking to my brother, whom he’s also quite close to and asking him what I’m up to,” says Rankireddy, of the man he calls “Google” for his knowledge of current affairs.

“He’ll tell me, ‘I read this in today’s papers’. He just knows everything and might even know more than me about what’s happening in my house. He has so many questions for me – what I’ve been doing through the day, whether I’m doing some light training and when I’ll be back in Hyderabad. If I don’t pick up the phone, I’ll find three missed calls and four unread messages. He’s been really caring through this whole phase. It’s almost like I have a girlfriend!”

The concern isn’t without reason. While Rankireddy is at home in Amalapuram, in the east Godavari district of Andhra Pradesh, Shetty has been staying put with his family in Mumbai, waiting out his partner’s self-isolation period patiently, despite a strong urge to fly out to the first possible international competition.

“Earlier, I’d just leave for practice. But now when I’m at the door my mother checks with me if I’m wearing a mask, gloves and carrying a sanitiser”

When Rankireddy tested positive for coronavirus on August 27, after the early shock and anxiety of the diagnosis, he realised the Thomas and Uber Cups (since postponed to next year) were ruled out for them. “I thought, ‘Okay, we still have the Denmark Open (October 13-18) to go to’,” Rankireddy says. “But I spoke to Gopi sir (Pullela Gopichand) and he advised me that it’s better we skip it and focus on regaining full fitness rather than rushing into tournaments. I know Chirag really wanted to play. But he is understanding that way. As partners, we are always looking out for each other.”

It’s been four days now since Rankireddy has begun training on the cement court at the Officers Club, a kilometre away from his house. His body, though, is still feeling the effects of the virus. “If I stand for 10 minutes, I feel tired and have to sit down. Initially, I couldn’t even hit a toss. I’ve recovered, but there’s still some weakness. On court, I’m fine. But my body doesn’t feel great. I can’t seem to do off-court training, whether it’s running or weights. I’m taking it slow, going for walks so I get fresh air and trying to gain strength.”

While athletes are generally viewed to be better equipped to turn a corner with the virus than the general population, muscle weakness, fatiguing faster and struggles of returning to their former workout routine have been reported to linger for a while.

The next tournament on the horizon for Rankireddy-Shetty is the Asia Open I&II Super 1000 in November. Based on his current fitness levels, Rankireddy pegs the probability of being ready in time for the tournament at “50-50”.

Complementing Rankireddy’s easygoing, banter-slinging self is the calm voice of reason of Shetty. He draws on tennis’s World No. 1 Novak Djokovic’s example of recovering from the virus and returning to competition in a month. “Of course, Satwik hasn’t trained for almost a whole month so he can’t hit full intensity right now. Even once we reach Hyderabad, at least for a week we have to go slow. But he’ll get there,” says Shetty, older to his partner by three years. The Mumbai-bred player has been training at the Goregaon Sports Club for the past six weeks under his first coach Uday Pawar.

For Rankireddy, the self-isolation phase swung from boredom by the second day to falling into an unhealthy pattern of movie marathons, extended hours of PUBG (which has since been banned in India) to gluttonous servings of homemade chicken. “I had literally no symptoms. No headache, sore throat or fever. I had sense of loss of smell around the fourth day but that too returned after a day. My parents stuffed me with food. I just sat in my room and ate and ate, didn’t dare check my weight and whatever fitness I’d done over past six months vanished in 20 days.”

“Sometimes I think had I caught it (the virus) in March, by now I would have been training well and in good shape.”

After the stipulated 14-day period, Rankireddy got himself re-tested and was surprised to find the result was positive again. “I didn’t know how to react. It was kind of a huge shock.” He went for a re-assessment and this time the result was negative. But he chose to err on the side of caution and put himself through another week of isolation. “I was scared for my family and friends. Luckily, no one else contracted it.”

Rankireddy’s episode with the virus though, he says, has turned his parents paranoid about him stepping out. “Earlier I’d just leave for practice. But now when I’m at the door my mother checks with me if I’m wearing a mask, gloves and carrying a sanitiser. I joke with her and say, “The virus has come and gone, now nothing will happen to me.”

It’s a line he can’t wait to drop on his peers back at the academy in Hyderabad – although not without a smidgen of doubt if it’ll work to his disadvantage. “Now I have no fear. I’ll roam, I’ll play. Sometimes I think had I caught it in March, by now I would have been training well and in good shape. Since I’m the only one who’s already got the virus and the other players are trying to stay really careful, once I return to Hyderabad I have a feeling all the outdoor errands are going to fall on me,” he laughs.

The virus, Rankireddy says, has taught him a few lessons.

Prioritising fitness is on top of that list. The time he got for himself in the past few weeks has allowed him to observe how top athletes in other sports function when they are away from action. “Someone like Virat Kohli, for example, hasn’t had a major injury in many years now. His super fitness is definitely a major reason. We’re playing for India and how some of us do our physical training isn’t up to the mark. Earlier, I never really cared much about what I ate or what kind of fitness I did. It was more a hated duty I had to keep up with.

But now something in me has changed. Now I understand as an athlete, staying fit is as essential as the air I breathe. Honestly, I used to dread fitness work, now I have grown to love it a little.”

Rankireddy is thinking of asking his parents to move to Hyderabad into the flat he bought himself six months ago. Some of it is to eliminate the whole trail of late-night hunger pangs, junk food and biryani binges. The more compelling reason is his newfound closeness with his parents. “Growing up, I never got to spend much time with them since either they were at work or I was out playing,” explains Rankireddy. “Over these past few months of being locked indoors together with each other, I realised what I’ve been missing all this while.”

His quarantined days of staying in bed through most of the day have also turned him a touch philosophical about life outside badminton. Rankireddy is considering enrolling for formal dance lessons in Hyderabad. Form hardly matters to him. “I saw everyone else picking up a hobby during these months. Chirag too has been painting. I don’t have those skills. I asked myself, ‘If not badminton what will I do’? I’ve always loved dance. I don’t know them by their names. But whenever I dance, I feel really happy.”

In less than a week’s time, Rankireddy will be back at the Gopichand Academy courts with the other top national players. Shetty too will be timing his trip from Mumbai in time to reunite with his partner. “Every day he (Shetty) asks me, ‘When are you going to Hyderabad?’,” says Rankireddy with a laugh.

“He’s the only one who won’t have the option of staying away from me.”