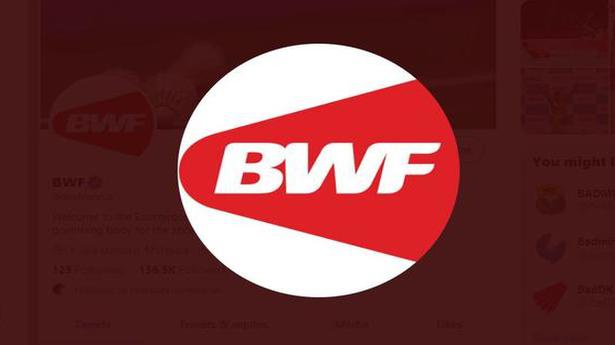 India had announced both the men’s and women’s squads for the prestigious event which was scheduled to be held in Aarhus, Denmark.

The Thomas and Uber Cup in Denmark was on Tuesday postponed to next year by the Badminton World Federation following a wave of withdrawals by top teams due to the raging COVID-19 pandemic.

India had announced both the men’s and women’s squads for the prestigious event which was scheduled to be held in Aarhus, Denmark from October 3 to 11.

However, after Indonesia and South Korea on Friday joined Thailand, Australia, Chinese Taipei and Algeria in pulling out due to the dreaded disease, the sport’s governing body held a virtual emergency council meeting on Sunday.

“The Badminton World Federation (BWF), in full consultation and agreement with local host Badminton Denmark, has made the tough decision to postpone the TOTAL BWF Thomas & Uber Cup Finals 2020 in Aarhus, Denmark,” BWF said in a statement.

“The decision comes following the withdrawal of a number of participating teams from the TOTAL BWF Thomas and Uber Cup Finals and the European leg of the adjusted HSBC BWF World Tour.

“BWF is looking into possible alternative dates to reschedule the World Men’s and Women’s Team Championships, but on dates not before into 2021.”

BWF had tried to rope in Singapore and Hong Kong as replacement but they declined the invitation.

There were also reports that Japan was contemplating withdrawing from the event, while China too was awaiting government’s approval. September 18 was the last date for confirmation.

Among top players, India’s Saina Nehwal had on Sunday raised concerns about the timing of the event, asking whether it would be safe to go ahead with it in the middle of the pandemic.

The BWF has, however, decided that the “Denmark Open in Odense, a HSBC BWF World Tour Event, will proceed as originally planned in the BWF Tournament Calendar (October 13-18).”

“The second tournament scheduled for Odense — the VICTOR Denmark Masters 2020 — slated for October 20-25 has been cancelled as it is no longer feasible to conduct this additional event.”