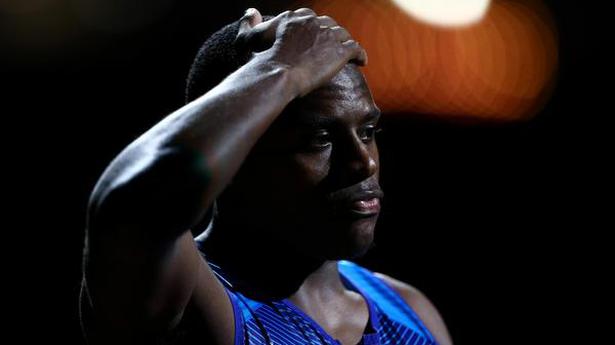 World champion sprinter Christian Coleman will appeal his two-year ban from athletics for anti-doping violations, his manager said on Wednesday.

“The decision of the Disciplinary Tribunal established under World Athletics Rules is unfortunate and will be immediately appealed to the Court of Arbitration for Sport,” Emanuel Hudson tweeted.

“Mr. Coleman has nothing further to say until such time as the matter can be heard in the Court of jurisdiction.”

Coleman, who won the men’s 100 metres at last year’s World Championships in Doha, in a world-leading time for the season of 9.76 seconds, was provisionally suspended for three ‘whereabouts failures’ in June.

Should the ban remain in place, Coleman would miss next year’s Olympic Games in Japan, where he would have been among the favourites to win 100m gold.

Exclusive: Abhishek Bachchan’s Docu-Series ‘Sons Of The Soil’ Will Make You...

Texas gyms see an influx in members ahead of the “New...

Physio not coming out after Jadeja getting hit is breach of...

Police and firefighters rush in after ‘arson attack’ on Louth home

Outdoor yoga and brunch merge in a fun, local offering –...

Puzzle Game Not Chess Launches On December 8 With Pre-Orders Available...

India vs Australia: ‘Jadeja got knock on side of head, he is...

Balancing my studies alongside being a professional athlete

7 ways you didn’t know yoga could make you better at...

Berlin derby is something we can grab, says Hertha skipper Boyata

Here’s what Abhishek Bachchan thinks about the sport Kabaddi and its...

WTA looks to start 2021 season in January outside Australia