Home Chess Chess forms a common connection between two eras in this novel, as...

Raja Vijayendra mounted the royal white steed. He withdrew his blood-stained sword from a jewelled scabbard. A hundred men in tunics flashed gleaming round shields. A handful wore breastplates and helmets.

The men raised their weapons. The horses seemed to neigh in response. Dark clouds passed above them all.

‘Banish fear from your brave souls,’ Samudrasen said as his sword panned over what was left of his army. ‘I promise you,’ he yanked the horse’s reins with his left hand, ‘we will die another day. Tonight, fight knowing that victory is ours.’

A gangly soldier ran three steps and hurled the first spear towards the heavens.

Vijayendra and Samudrasen charged ahead. Horse riders with swords, foot soldiers with spears and steel bows and the two surviving elephants, all stormed forward in unison.

The enemy was stationed a thousand paces beyond the hillocks. Only now were the Svetahuna soldiers remounting their horses.

‘To the hillocks,’ Samudrasen bellowed.

The horses’ hooves kicked up mud from the damp soil. The elephants trumpeted. Curses were hurled at the Svetahuna warriors.

A hundred weapons stayed pointed in one direction.

Harshavardhan gripped his horse’s hair. Perhaps this would work.

Through the corner of his right eye, he spotted a Svetahuna man in a curved helmet on the right-most hillock. The man took aim and let loose an arrow.

Samudrasen screamed. He yanked the arrow from his right leg.

‘Fling the spear,’ he shouted at a horse rider.

The horse rider missed and received the next arrow in his chest.

Another Svetahuna archer appeared on the left-most hillock. And a third, on the central one.

‘Samudrasen,’ Raja Vijayendra cried out from his faltering horse, ‘we are too late.’

‘Do not call off the attack,’ Samudrasen shouted.

‘Push forward,’ Samudrasen speared a Svetahuna. ‘I will create a diversion.’

An arrow whizzed inches over Harshavardhan’s head. Samudrasen looked over his shoulder at him.

‘Protect our heritage,’ Samudrasen flung the red cloth at Harshavardhan. ‘You are now in command.’

Harshavardhan caught the ashtapada. No raja who possessed it had ever lost.

Samudrasen threw a smile at Raja Vijayendra. ‘May the world remember this night for centuries.’

Past the hillocks, a man in heavy armour barked at the Svetahuna soldiers. Samudrasen surged out between the left and middle hillocks straight at him. The archers on the middle hillock released a dozen arrows. Only one got Samudrasen, in the left leg.

The archers ran down the hillock. This time, they got him in the back.

Samudrasen sped towards the man in heavy armour with a raised sword.

‘Seize the middle,’ Vijayendra shouted. ‘Fight for your lives.’

His footsoldiers made for the hillocks.

At that moment, Samudrasen let out a cry.

Samudrasen pulled at an arrow wedged in his neck. Another got him in the upper back. He fell from his horse. And did not move.

The Svetahuna archers climbed back up the hillocks. A rain of arrows descended upon Vijayendra’s men, still at the base. Bodies tumbled over each other. Screams pierced the night.The raja’s foot soldiers fled. Arrows penetrated those that did not.

Harshavardhan hurled a spear at a Svetahuna.

A Svetahuna rider twisted a sword in Raja Vijayendra’s stomach. Blood oozed out of his body.

Harshavardhan flung his sword at the rider’s chest.

Vijayendra toppled off the royal horse, onto the rider’s flailing body. His shaking right arm stretched towards Harshavardhan. ‘Protect our freedom.’ He gasped and coughed up blood.

Harshavardhan yanked the reins of his brown horse.

Five hundred paces back stood a rock taller than the tallest warrior. If only he could make it there.

‘Take charge,’ he shouted at his second-in-command. ‘Save as many as you can.’

The second-in-command’s eyes were moist.

‘Yah!’ Harshavardhan kicked his horse on the side.

The horse obliged. Arrows whizzed by.

Harshavardhan kept his head down. For generations, rajas had planned battles on this ashtapada. For generations, those battles had been won. If only he could save the ashtapada, this time too might be no different. Some of the horse riders still fought hard, and the Svetahunas did not know these plains like his men did.

Harshavardhan jumped off his horse. He ran behind the rock, less than ten paces from the cliff.

He heard no more screams, no more horses pounding the earth.

He unrolled the ashtapada cloth. His eyes ran over the hillocks marked on the three central squares. The white marks for the Svetahunas on one side and Raja Vijayendra’s men in black on the other.

Harshavardhan dropped the ashtapada in the rock’s crevice. Only he knew of the hidden space within.

He ran back onto the field. And froze.

Not one of the raja’s soldiers still stood. Their bodies lay lifeless across the earth, mingled with those of a hundred horses and the two elephants. Rivulets of blood streamed across the plain. Svetahuna soldiers swarmed over the raja’s men.

Harshavardhan screamed. He rushed forward and plunged his blood-soaked sword into the nearest Svetahuna’s stomach. He watched the life ebb away from the man’s closing eyes.

He reached for the dagger buried in his tunic.

The Svetahuna general on a black horse drew close. A scar ran down his right cheek. A moustache drooped over the sides of his mouth.

A tall soldier jabbed Harshavardhan in the back with a spear.

The soldier thrust at him again.

The dagger fell from Harshavardhan’s hands. He stared at the brown-green earth, the earth on which he had spent a hundred childhood days running from Mata.

Would he see her again?

The spear’s next thrust broke his skin.

He had to survive.

If only to see Mata’s face again. 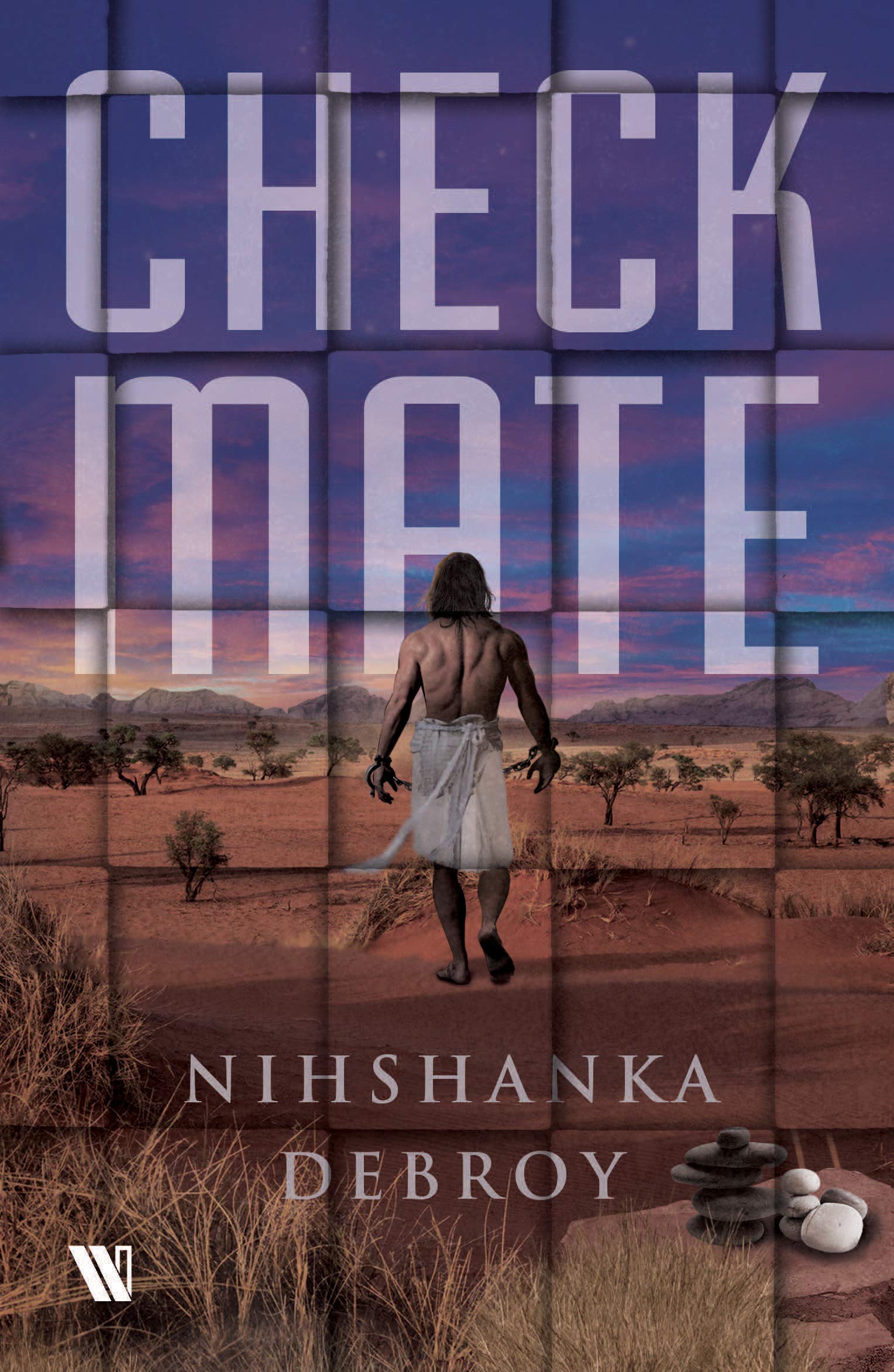 Excerpted with permission from Checkmate, Nihshanka Debroy, Westland. Read more about the book and buy it here.