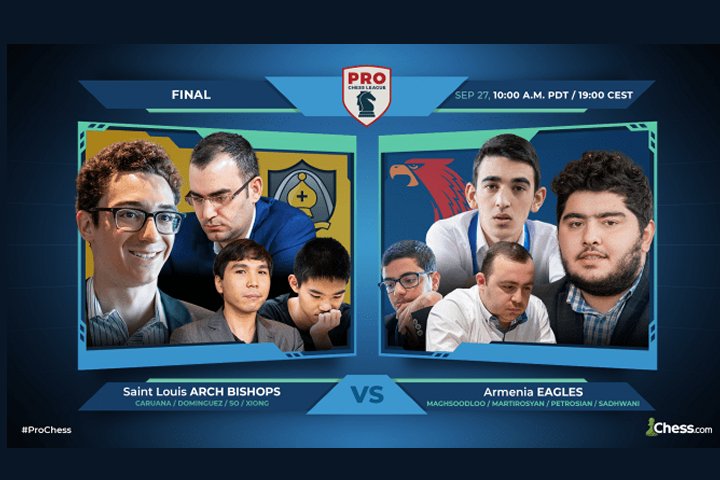 In the finals of the Pro Chess League series, the team of the Saint Louis Arch Bishops (which had players such as Fabiano Caruana, Wesley So, Leinier Dominguez, and others in their line-up) played against the Armenian Eagles (Tigran Petrosian, Haik Martirosyan, Parham Maghsoodloo, among others). The Armenian Eagles won the final and with it 20,000 dollars, but shortly afterwards allegations of cheating were raised against Tigran Petrosian.

Wesley So was so certain that he made these allegations public. Tigran Petrosian reacted with a very aggressive and insulting response:

But chess.com investigated the allegations and came to the conclusion that Petrosian had violated the fair play rules. Some of this games are conspicuously flawless and his moves are consistent with engine suggestions. The players were monitored by webcams during the games, but during the games Petrosian often looked down, allegedly to get access to computer assistance. Chess.com also came to the conclusion that Petrosian had used computer assistance during the semi-final matches.

Chess.com then deprived the Armenian Eagles of their victory, and declared the Saint Louis Arch Bishops the winners of the final. Tigran Petrosian’s server access was deleted and he was banned for life from playing on the Chess.com server.

The Saint Louis Arch Bishops are the winners of the 2020 PRO Chess League championship. The Armenia Eagles have been disqualified from the 2020 season due to fair play violations.

After a thorough investigation, Chess.com’s Fair Play team determined that GM Tigran L. Petrosian, who played for the Armenia Eagles, violated fair play regulations during games in both the semifinal and final matches that took place on September 25 and 27, respectively.

Chess.com and the PRO Chess League have issued a lifetime ban against Petrosian for his actions, and per section F of the league’s regulations, the Armenia Eagles have been temporarily banned from participation in future PRO Chess League seasons.

“It’s always unfortunate when the league is presented with evidence of fair play violations, but we stand behind the evidence presented from Chess.com’s Fair Play team.”

The 2020 title is the third title overall for the Saint Louis Arch Bishops and their second consecutive championship. Both the Canada Chessbrahs and China Pandas will receive $10,000, half of the sum of the second, third, and fourth place prizes.