Home Chess Carlsen and So tie in Chess 9LX tournament

The St Louis Chess Club in the US held its annual Chess 9LX 2020 Tournament as an online competition owing to the COVID-19 pandemic.

In terms of grandmaster quality, the 9LX tournament was one of the foremost for 2020. Current world champion Magnus Carlsen was a participant, as was a previous world champion, the inimitable Garry Kasparov. The challenger for the last world championship title match Fabiano Caruana was there. So were six leading grandmasters: Maxime Vachier-Lagrave, Hikaru Nakamura, Wesley So (last year’s Random chess champion), Levon Aronian, Leinier Dominguez, and Peter Svidler.

Alireza Firouzja, the world’s best junior, completed the ten participants of the round robin competition. It was played on the popular site Lichess and was contested according to the rules of Chess 960 at rapid time controls (20+10).

Before the start of each game in a Chess 960 tournament, the pieces are rearranged and carry different numbers. Random Chess or Chess 960 is the creation of world champion Bobby Fischer, as far as I am aware. He invented this method to take grandmasters “out of book” or out of theory and compel them to be more creative. During his lifetime, Fischer’s random chess never caught on. It is therefore encouraging that the St Louis Chess Club is promoting the American chess genius’s idea. Fischer’s principal argument was it would lessen grandmasters’ dependence on known theory and make draws more infrequent. 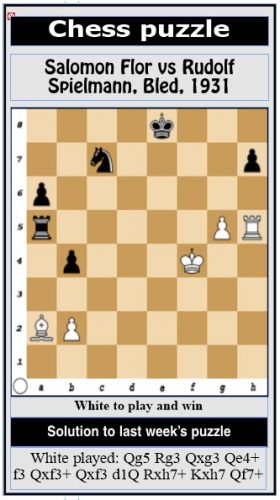 Carlsen and So tied for first in the Chess 9LX Tournament. They shared the first prize. American grandmaster Hikaru Nakamura was third.