Brought to
you by the 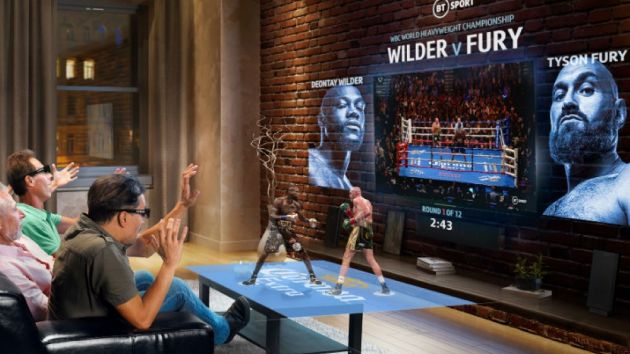 UK pay-TV broadcaster BT Sport has signed up to use a new hologram-style technology developed by Condense Reality that will allow viewers to watch events on their tabletop alongside traditional broadcasts.

The immersive technology startup, which raised UK£800,000 (US$1.03 million) this month in a seed round led by SFC Capital, has attracted BT’s interest after developing a system for streaming 3D volumetric video of live sports events to run in tandem with normal TV.

BT Sport comes on board following its collaboration with Condense Reality and the University of Bristol on the broadcaster’s 5G Edge XR trial, which demonstrated the potential of 5G technology to deliver more immersive live sport viewing experiences through augmented reality (AR) and virtual reality (VR).

Condense Reality will initially focus on optimising its technology for BT’s boxing programming, with other sports to follow.

The startup’s offering represents a major step forward in capturing volumetric video, which creates a three-dimensional image that can be viewed by multiple people from different angles. Until now, getting the video required fixed studios with green screens and hundreds of precisely-calibrated cameras. Processing minutes of content for streaming also took days.

Condense Reality says its solution enables broadcasters and content creators to capture and stream volumetric video in real time, outside a studio, and with fewer cameras.

Its Condense Reality Capture platform uses state-of-the-art computer vision and deep learning to accurately reconstruct the contents of a scene in seconds, while Condense Reality Stream allows broadcasters to stream that content to viewers via their own AR or VR headsets – including Oculus, Vive, Microsoft Hololens, and Magic Leap.

“Our initial focus has been on recording sports, in particular boxing, so to be working on this project with BT, one of the biggest boxing broadcasters in the world, is a huge opportunity.

“At a time when many sporting events cannot be viewed in stadiums, enhancing the communal viewing experience in the comfort of your own home is more timely than ever.”

As and when BT Sport rolls out the technology for its boxing coverage, it will mark another first for the network. In September last year, it delivered the first live broadcast in 4K High Dynamic (4K HDR) and Dolby Atmos sound for a Premier League game between Liverpool and Newcastle United.