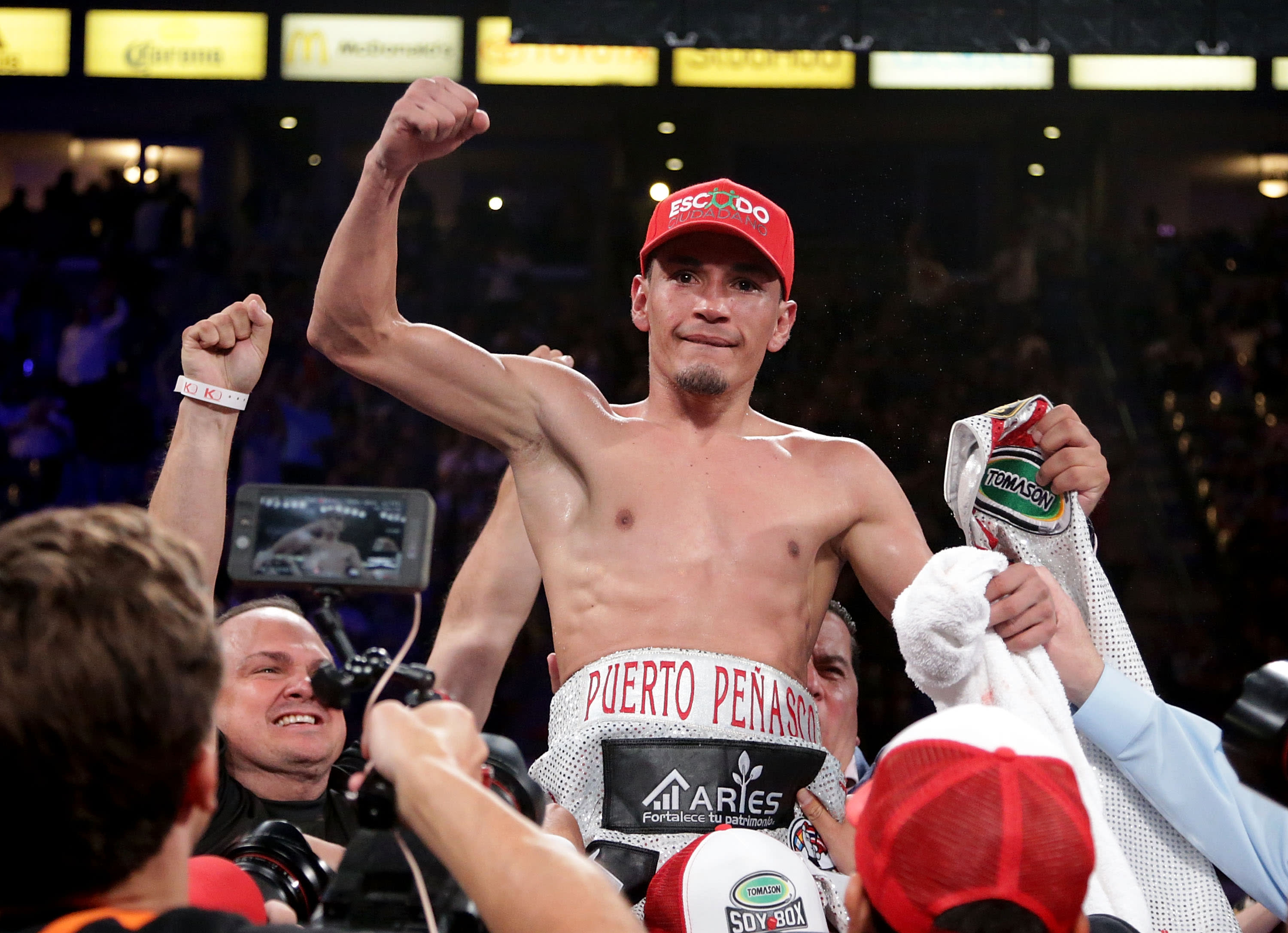 For some reasons, American boxing fans aren’t all that enamored with fighters who are any less than lightweight.

Some of the great fighters in the history of the sport have competed largely in the lower weight classes. The great Ricardo Lopez remains one of the best fighters of all time, compiling a 51-0-1 record with 38 KOs in a legendary career spent primarily at light flyweight.

Most of his career, though, he fought in obscurity and on the bottom of some stacked Don King pay-per-view cards.

On Friday, DAZN has a card that features super flyweights, and if you love boxing, do yourself a favor and catch this card.

The division features what could be a modern-day version of the “Four Kings” of the 1980s, Sugar Ray Leonard, Marvin Hagler, Thomas Hearns and Roberto Duran. Now, Juan Francisco Estrada, Roman “Chocolatito” Gonzalez, Carlos Cuadras and Srisaket Sor Rungvisai are the big four of the division.

The plan is for Estrada and Roman Gonzalez to meet next year if both win on Friday. The two fought a compelling battle in 2012 and a rematch would be high on the list of the best fights to be made in 2021.

Cuadras, though, has only lost three times in 42 bouts: To Gonzalez, Estrada and McWilliams Arroyo. He’s not a pushover and he could upset the plays for a mini-superfight between Estrada and Gonzalez.

Cuadras wants to get off to a quick start because he believes Estrada improves as the fight goes along. But he stressed the need to pace himself.

“Once he is in a rhythm, he is harder to fight,” Cuadras said. “He’s good to the body and he has a good right hand. That’s the punch he put me down with in our first fight. I gave it my all in the early rounds, so I lost my energy for the second half. I went too hard from the start.”

Sergey Lipinets will meet Custio Clayton on Saturday on Showtime in a bout for the IBF interim welterweight title. Lipinets praised trainer Joe Goossen for making him a better fighter.

Lipinets was originally supposed to fight Kudratillo Abdukakhorov but he pulled out after an on-and-off period.

“Having Joe Goossen is like having a psychiatrist as well as a trainer,” Lipinets said. “He’s been extremely helpful about how to approach all of this. Joe has helped me to stay calm and understand that something good can always come from a bad or difficult situation. Because of that, I never lost focus.”