Home OTHER SPORTS Boxers to train and compete in Europe 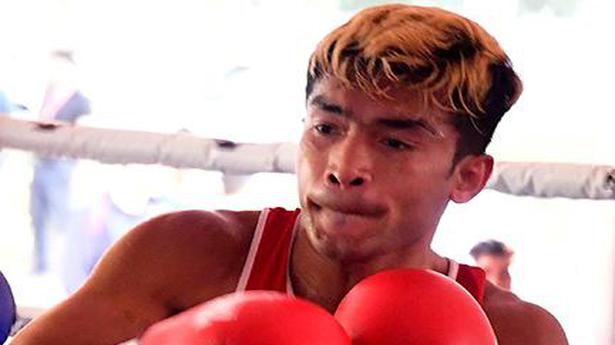 Sixteen elite Indian male and female boxers, excluding the Olympics qualified M.C. Mary Kom (51kg) and Manish Kaushik (63kg), will embark on a 52-day tour of Italy and France for training and competition.

It is learnt that Mary is recovering from dengue. Manish, who is going through rehab following an operation, has been replaced with former World championships medallist Shiva Thapa.

The exposure trip has been sanctioned by the Government at an estimated cost of ₹1.31 crore, said a Sports Authority of India (SAI) statement on Wednesday.

The boxers will leave on October 14 and will train in Assisi, Italy, till December 5. Thirteen of them will participate in the Alexis Vastine international tournament to be held at Nantes, France, from October 28 to 30.

Men’s chief coach C.A. Kuttappa said the exposure will be beneficial. “We have been training in Patiala for quite some time. Our boxers need to compete to know where they stand. Top boxers from Ireland, England, Italy and France will be available on this tour. When our boxers spar and compete with them, we will get to know the areas of improvement and work accordingly,” Kuttappa told The Hindu.