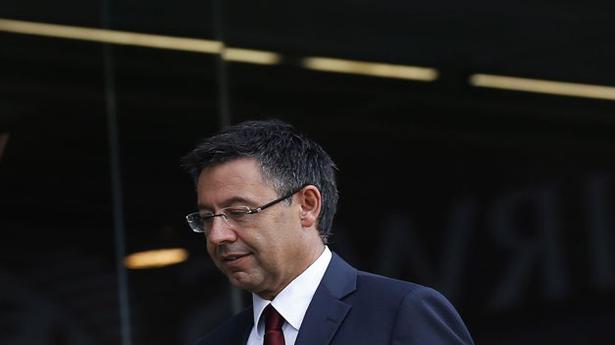 Barcelona president Josep Bartomeu faces a vote of no confidence after club members gathered enough signatures to force a referendum on his future.

The vote will be held after the club verifies all the signatures. Bartomeu would have to step down if two thirds of the votes are against him, and new elections would have to be scheduled.

The opposition members had announced their intention to remove Bartomeu from the presidency after Lionel Messi told the club last month he wanted to leave amid one of its worst crises ever.

Messi criticised Barcelona club directors last season and said he did not like the direction the club was headed. He later personally accused Bartomeu of not keeping his promise to let him leave for free at the end of the season.

Pressure on Bartomeu increased after the team’s embarrassing 8-2 loss to Bayern Munich in the quarterfinals of the Champions League, one of the worst in the club’s history. The defeat prompted Bartomeu to announce big changes at the club and call for new presidential elections for next March.

Also Thursday, former coach Quique Setien who was replaced by Ronald Koeman after the loss to Bayern, released a statement saying he planned to take legal action against the club because of how he was let go. He said it wasn’t until Wednesday that he was officially told that he was fired.