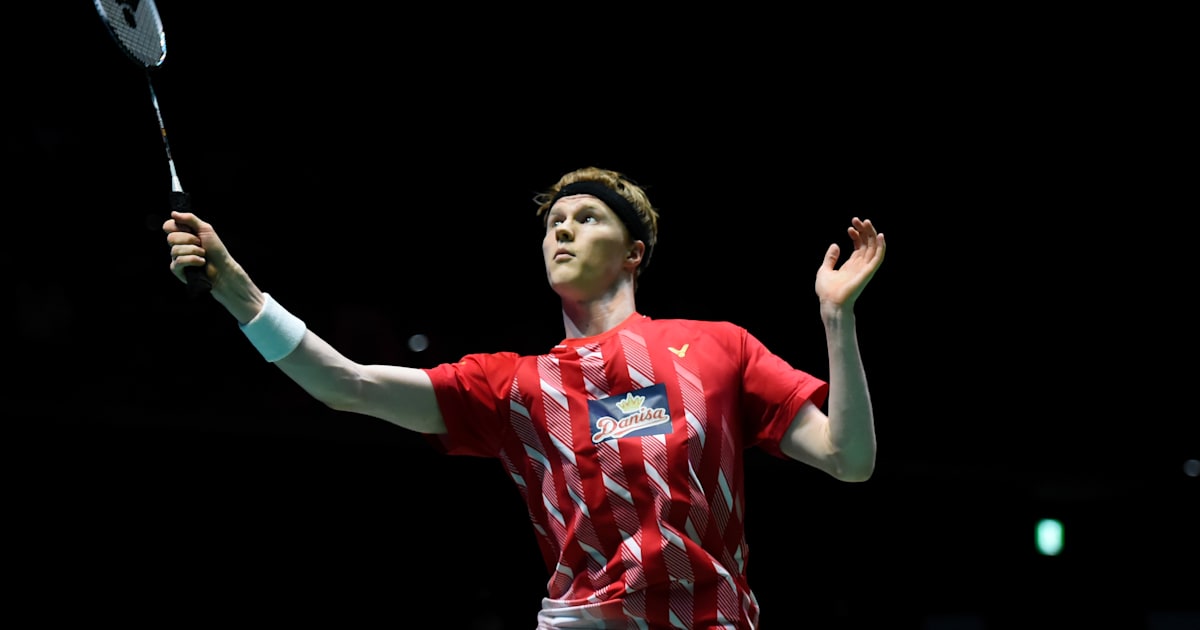 Tokyo 2020 ranking points on offer at the Super 750 tournament in Odense, marking the return of international badminton for the first time since the All England Open in March

Badminton will mark its return to international competition for the first time in seven months, with the Denmark Open from 13 to 18 October.

The last global tournament to be played before the Covid pandemic brought the world and sport grinding to a halt, was the All England Open in March.

Since then the Badminton World Federation (BWF) has sought to fine a safe solution to enable the resumption of play.

It’s taking place in Odense, and despite a number of top players being unable to travel, the Super 750 event features several top-10 stars and some promising young talent

Here are the key things to know about the event, which offers crucial ranking points for qualification to the Olympic Games in Tokyo.

With top seed and 2016 winner Yamaguchi Akane withdrawing from the competition, Japan’s Okuhara Nozomi and Spain’s Olympic Champion Carolina Marin are the top ranked players in the tournament.

Last year the pair met in the semi-finals in Odense, with the Japanese player getting the better of the Spaniard in three tight games.

2017 world champion Okuhara, will be hoping to clinch her first title of the season after suffering some unexpected and early defeats at the start of the year.

But she won’t have it easy with three-time world champ Marin will be looking to do the same. The 2016 Rio gold medallist will be hoping to continue her sensational comeback from an ACL injury, and is also in the hunt for her maiden title in 2020.

But let’s not forget home favourite Mia Blichfeldt, the 23-year-old shared exclusively with Olympic Channel that she has been working on her mental approach to the game during the Covid pandemic and feels very much ready to take her game to the next level.

With the crowd behind her, Blichfeldt could be poised to pull off a surprise or two on home soil.

The 23-year-old is the top seeded Danish player in this tournament and shared exclusively with Olympic Channel his desire to go all the way to the top in the sport.

After clinching silver at the 2019 World Championships, the Dane has been growing in confidence and will cherish the opportunity to pick up his maiden Super 750 title.

But he’ll have plenty of opposition, including compatriots Rasmus Gemke as well as Jan O Jogensen, the last Dane to clinch the title back in 2010.

Antonsen will also have to contend against the likes of top seed Chou Tien Chen from Chinese Taipei and India’s Rio 2016 quarter-finallist Kidambi Srikanth, who will be looking to emulate this 2017 victory in Denmark.

Perhaps the most anticipated player on the start list was Japan’s Momota Kento.

The two-time world champion was set to make his international return following his near-death road accident in January and subsequent eye operation.

However the Nippon Badminton Association have confirmed the world number one’s withdrawal, along with several other top ranked Japanese players.

Currently leading the Tokyo 2020 qualification rankings, Momota is sure to qualify for his home Olympics and can thus be selective about the tournaments he plays in from now until the Games next summer.

The number one player on the planet, and two-time World Champion, is having…

The women’s doubles competition has been spared any major withdrawals, and as a result the event boasts arguably the best two pairs in the world set to battle it out for the title.

Two-time and reigning world champions Matsumoto Mayu and Nagahara Wakana from Japan will be eager to put their poor start to the 2020 season behind them following an early exit at the Indonesian Masters in January and All England Open quarter-final loss.

However they wlll have to defeat compatriots Fukushima Yuki and Hirota Sayaka who won this year’s All England Open and currently top the Tokyo 2020 qualification rankings.

Fukushima and Hirota triumphed here in Denmark back in 2018 and will be looking to repeat their success and assert themselves as the dominant Japanese pair.

The duo were elevated as the nation’s top pair following Mathias Boe‘s announcement in April that he will be retiring from the game. The London 2012 silver medallist ending his partnership with Olympic hopeful Mads Conrad-Petersen.

Rasmussen and Astrup will face stiff competition from Rio 2016 bronze medallists Marcus Ellis and Chris Langridge but will have home ground advantage.

Meanwhile the mixed doubles will see the resumption of the battle for British bragging rights.

Ellis and Smith currently have the advantage over the Adcocks in the Tokyo 2020 qualification standings, and with only one pair from Great Britain likely to qualify for the upcoming Games, a win in Denmark for either pair could be crucial to determining who will play in Japan.

Gabriel Rosado: I quieted Daniel Jacobs with a jab and disciplined...