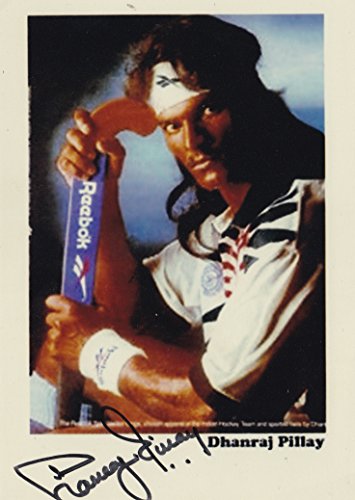 A retired Indian field hockey player and former captain of the Indian national team, Dhanraj Pillay currently serves as the manager of the team. Also, he is a member of the ad hoc committee of Indian Hockey Federation, formed after the suspension of Kanwar Pal Singh Gill. As a player, he is regarded one of India’s best ever. Recognizing his achievements, he was awarded the Padma Shri by the government of India in 2000. This rare product carries within itself the coveted autograph of this famous sports personality.
Having represented the Nation in the Allwyn Asia Cup in New Delhi in 1991, this signed memorabilia will be a delight for any fan who wants to celebrate the charisma and phenomenon named Dhanraj Pillay.
This one of a kind signed photograph has been curated by the seller and has very limited availability. Make one yours today.