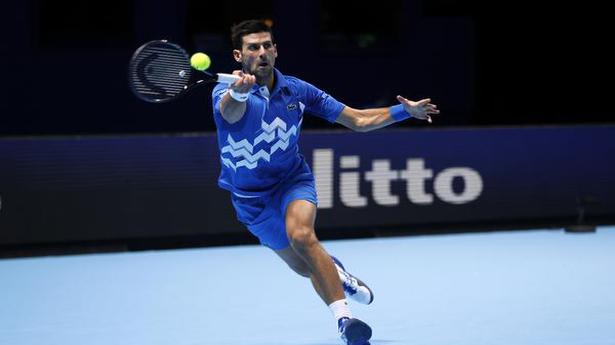 London’s farewell edition of the ATP Finals could still have its dream climax after World No.1 Novak Djokovic easily beat Alexander Zverev 6-3, 7-6(4) to seal a last-four spot on Friday.

Djokovic will finish second in the Tokyo Group, and with Spanish World No. 2 Rafael Nadal finishing second in the London Group, they have avoided a semifinal clash.

Nadal had kept alive his hopes of winning the year-ending event for the first time as he beat Greek defending champion Stefanos Tsitsipas 6-4, 4-6, 6-2 on Thursday.

Djokovic was quickly into game-mode and when World No. 7 Zverev double-faulted to drop serve in his first service game, he seized control.

Zverev dug in his heels and Djokovic looked frustrated at times and twice had to hold serve to stay in the second set.

The 17-time Grad Slam champion raised the intensity level in the tiebreak, edging 5-3 ahead with a fizzing backhand pass.

He brought up two match points with a hefty first serve before pressurising Zverev into an error to complete victory.

Meanwhile on Thursday, Nadal always appeared the likely winner despite a lapse which allowed Tsitsipas to extend the contest into a decider. After a flurry of service breaks at the start of the third set, the 34-year-old Nadal pulled away to reach the semifinals for the first time in five years.

BackBenchers - November 27, 2020 0
Price: (as of - Details) Light weight and Durable Whether you are starting out or are an experienced player, these cricket balls are...