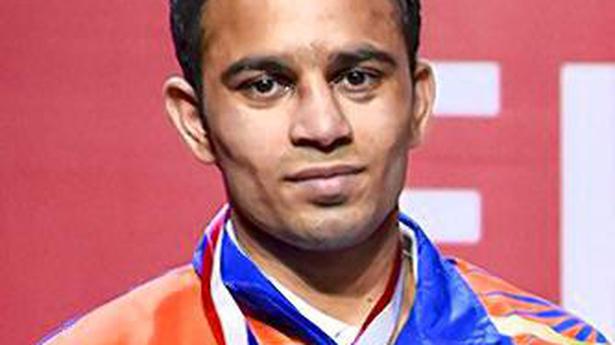 Sanjeet, a former India Open gold-medallist, too put up a clinical show to get past Frenchman Soheb Bouafia in his summit clash and secure a gold.

In the 75kg category, Asian silver-winner Ashish Kumar also claimed a gold after his opponent, American Joseph Gerome Hiks, gave him a walkover due to injury.

However, Asian silver-medallist Kavinder Singh Bisht (57kg) settled for a silver medal after going down to local favourite Samuel Kistohurry in a split 2-1 verdict.

This was the first international competition that Indian boxers featured in since the Olympic qualifiers in Jordan in March.

In that event, nine Indians — five men and four women — qualified for the Tokyo Olympics, postponed to next year because of the COVID-19 pandemic.

The Indians’ competition calendar as well as training schedule has been severely hampered by the shutdown that followed the spread of the pandemic which has caused a bar on sparring at the national camp in Patiala.

The camp resumed in August amid strict health safety protocols and was open to only the Olympic-bound and hopefuls.

The Indians are currently on a 52-day training trip to Europe during which they have been primarily based in Assisi, Italy.

The boxers and their support staff left for the trip on October 15.

Need to be on your toes against Australia: Hardik Pandya |...

Good Performance in Tokyo Will Inspire More Women to Take up...

Australian Open Delayed By 3 Weeks, To Start On February 8:...

The shops giving their staff Boxing Day off for once

Lose weight while gaining muscle with this simple yoga asana

Champions League: Jurgen Klopp Delighted By One Of His “Biggest Nights”...

The Celeb-Loved Leggings That Fit Like a Second Skin Are Still...

India vs Australia 3rd ODI Live Cricket Streaming: When and where...

Tulsa Gym Owner Forced To Close Business Due To Pandemic

A good mix on the cards

Chess on the move

Chess: A global game gets snared in global problems

Need to be on your toes against Australia: Hardik Pandya |...