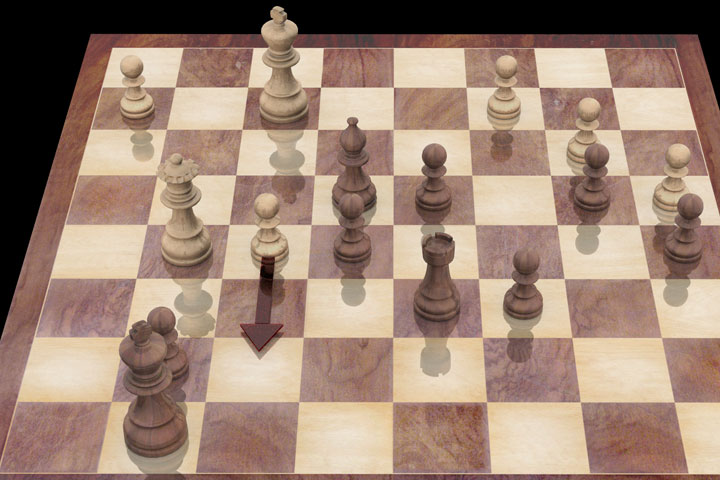 The following is excerpts from a 97-page scientific treaties submitted by Nenad Tomašev (DeepMind), Ulrich Paquet (DeepMind), Demis Hassabis (DeepMind) and Vladimir Kramnik (World Chess Champion 2000–2007). We will be describing the contents in multiple parts, providing you with example games for your own evaluation. Here for your reference is the previous article.

In their study the team used AlphaZero to explore nine chess variants. By effectively simulating decades of human play in a matter of hours, they were able to answer what the games between strong human players would potentially look like, if these variants were to be adopted. In this process, they identified several variants of chess that appear to be very dynamic and interesting. The findings demonstrate the rich possibilities that lie beyond the modern chess rules.

Here are the nine variants that were evaluated:

In the variation of chess named Torpedo chess, the pawns can move by either one or two squares forward from anywhere on the board, rather than just from the initial squares as in Classical chess. The two-square pawn moves are referred to as “torpedo” moves. The AlphaZero team also looked at a Semi-torpedo variant, where the pawns are able to move by two squares from the 2nd/3rd rank.

Allowing pawns by one or two squares any time in the game is actually consistent, since the current rule only being able to do a double move from the initial position represents a “special case.” Apart from that increasing pawn mobility has the potential of speeding up all stages of the game, adding additional attacking motifs to the openings. It also changes opening theory, making middlegames more complicated, and also changing endgame theory in cases where pawns are involved.

Assessment of the Torpedo chess variant by Vladimir Kramnik:

The pawns become quite powerful in Torpedo chess. Passed pawns are in particular a very strong asset and the value of pawns changes based on the circumstances and closer to the endgame. All of the attacking opportunities increase and this strongly favours the side with the initiative, which makes taking initiative a crucial part of the game. Pawns are very fast, so less of a strategical asset and much more tactical instead. The game becomes more tactical and calculative compared to standard chess.

There is a lot of prophylactic play, which is why some games don’t feature many “torpedo” moves – “torpedo” moves are simply quite powerful and the play often proceeds in a way where each player positions their pawn structure so as to dis-incentivise “torpedo” moves, either by the virtue of directly blocking their advance, or by placing their own pawns on squares that would be able to capture “en passant” if “torpedo” moves were to occur.

This seems to favour the “classical” style of play in classical chess, which advocates for strong central control rather than conceding space to later attack the center once established. It seems like it is more difficult to play openings like the Grunfeld or the King’s Indian Defence. In summary, this is an interesting chess variant, leading to lots of decisive games and a potentially high entertainment value, involving lots of tactical play.

Assessment by the AlphaZero team:

Torpedo and Semi-torpedo chess both make the game more dynamic and more decisive, and Torpedo chess in particular leads to new motifs and changes in all stages of the game. Creating passed pawns becomes very important, as they are hard to stop. The attacking possibilities make Torpedo chess quite appealing, and it is likely to be of interest for players that enjoy tactical play.

Here’s an example of a Torpedo game:

Now we see several torpedo moves (boldface) taking place. First White takes the opportunity to plant a pawn on h6, weakening the Black king, then Black responds by a4 and b4, getting the queenside pawns in motion and creating counterplay on the other side of the board. 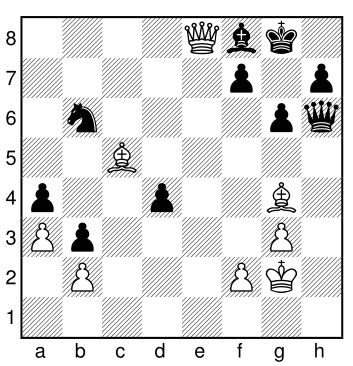 A critical moment, and a decision which shows just how valuable the advanced pawns are in this chess variation. Normally it would make sense to save the knight, but AlphaZero decides to keep the pawn instead, and rely on promotion threats coupled with checks on d5.

Being a piece down, Black offers an exchange of queens, an unusual sight, but tactically justified – Black is also threatening to capture on a3, and that threat is hard to meet. White can’t passively ignore the capture and defend the b2 pawn with the bishop, because Black could capture on b2, offering the piece for the second time – and then follow up by an immediate a3, knowing that bxa3 would allow for b1=Q. In addition, Black could retreat the bishop instead of capturing on b2, to make room for a2 bxa3 and again b1=Q. So, it’s again a torpedo move that makes a difference and justifies the tactical sequence. 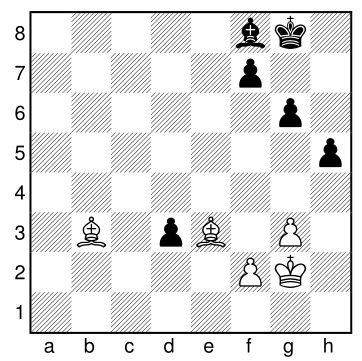 White is a piece up for two pawns, and has the bishop pair. Yet, Black is just in time to use a torpedo move to shut the White king out and exchange a pair of pawns on the h-file (by another torpedo move).

Unfortunately our normal replayer here in the browser does not accept torpedeo moves, but ChessBase India thankfully modified the move generator of their replayer to accommodate the “illegal moves.” So we are glad to offer you a replay of the above game. Note that by pressing the magnifying glass icon you can display/undisplay the notation of the games.

Here are four more torpedo games for you to replay:

There are a number of annotated Torpedo games (pp.40-60) in the AlphaZero/Kramnik paper, which you can read here:

Abstract: It is non-trivial to design engaging and balanced sets of game rules. Modern chess has evolved over centuries, but without a similar recourse to history, the consequences of rule changes to game dynamics are difficult to predict. AlphaZero provides an alternative in silico means of game balance assessment. It is a system that can learn near-optimal strategies for any rule set from scratch, without any human supervision, by continually learning from its own experience. In this study we use AlphaZero to creatively explore and design new chess variants. There is growing interest in chess variants like Fischer Random Chess, because of classical chess’s voluminous opening theory, the high percentage of draws in professional play, and the non-negligible number of games that end while both players are still in their home preparation. We compare nine other variants that involve atomic changes to the rules of chess. The changes allow for novel strategic and tactical patterns to emerge, while keeping the games close to the original. By learning near-optimal strategies for each variant with AlphaZero, we determine what games between strong human players might look like if these variants were adopted. Qualitatively, several variants are very dynamic. An analytic comparison show that pieces are valued differently between variants, and that some variants are more decisive than classical chess. Our findings demonstrate the rich possibilities that lie beyond the rules of modern chess.