Home OTHER SPORTS A lot of good golf, birdies and other positives: Anirban Lahiri 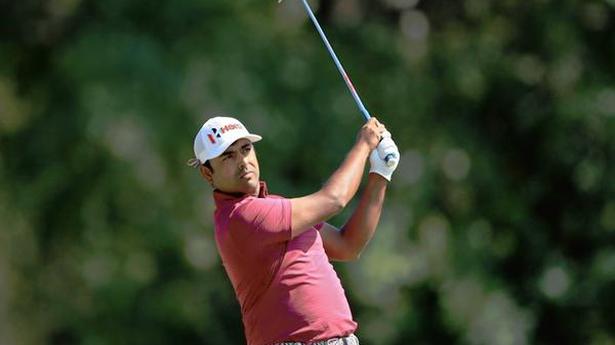 Anirban Lahiri will look to arrest the streak of inconsistency that has somewhat undone his good rounds in three events on the PGA Tour so far this season.

During a virtual press conference on the eve of the $4-million Bermuda Championship on Tuesday, the 33-year-old sounded determined to minimise the mistakes that cost him dearly in two out of three events.

“So far, this season has been good. I have been able to implement a lot of those changes that I’ve brought in.

“Still some things are developing. I think as I get more tournaments in, as I get a little more experience in terms of handling some of the new attitudes, new approaches that I have on the golf course, it should gradually get better,” he said.

This season, Lahiri’s best finish is tied-sixth in the $4-millon Caroles Puntacana Resort and Club Championship last month. He returned to competition at the $6.6-million Safeway Open in mid-September and finished tied-36th.

Earlier this month, Lahiri shared the 37th spot in the $6.6-million Sanderson Farms Championship and took his season’s earnings to $191,121.

“I think it’s been a bit of a mixed bag. I’ve obviously had one good result and a couple of average results.

“There has been definitely some inconsistency with my iron play,” he admitted.

On the lockdown days, Lahiri said, “I put a lot of work in during the lockdown when I was in India, put a lot of new processes, refreshed a lot of my old practices and things that used to work for me. So, the effort is to be able to perform at my best.”